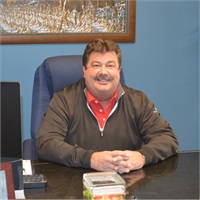 After graduating from UNL in 1983 with a Bachelors in Business Administration, Kurt began working in the industry for Woodmen Accident & Life Company. He started in their group insurance department in advanced sales. Kurt managed a territory consisting of nine states and was consistently the top territory for the company. In 1987, Kurt left Woodmen to become a partner with Daubert & Butler Associates. At the time, Daubert & Butler Associates was one of the premier employee benefit firms in the state of Nebraska. Kurt remained a partner there, building business relationships and his business clientele, until 1997 when he formed KAK Investments, Inc. also known as Kechely Wealth Management. This is really where Kurt’s transition into focusing on the financial planning and investment practice began. Kurt and Rhonda have been working independently through Kechely Wealth Management since 2007. In 2018, Kurt invited Rhonda to become a part owner of the business. Since then, they purchased Marcia K Campbell Ins. & Fin Svcs and continue to grow their business.

Kurt grew up in the Hickman/Roca area and graduated from Norris High School in 1978. He continued his education at the University of Nebraska-Lincoln and graduated with a Business Administration degree in 1983. After graduating, Kurt immediately enrolled at the American College to obtain his professional designations. In 1987, Kurt finished his exams and received his ChFC and CLU designations. ChFC (Chartered Financial Consultant) is the advanced financial planning designation. Advisors that hold this designation are fully qualified to provide comprehensive advanced financial planning for individuals, professionals, and small business owners. CLU (Chartered Life Underwriter) is the premier designation for insurance professionals. It is a respected designation with particular emphasis placed on ethics and commitment to clients. In 2016, Kurt obtained his CDFA (Certified Divorce Financial Analyst) designation. Kurt went through a training program to become skilled in analyzing and providing expertise related to the financial issues of divorce. Each of these designations requires continuing education as well as a vow to follow their extensive code of ethics.

When it comes to Financial Planning, Kurt utilizes a one on one, individual approach. Client relationships are of the utmost importance to Kurt. It is important to him that he fully understands each person’s current financial position, their unique dreams and goals, and what retirement means to them. He uses this information, risk management, portfolio allocation, and other investment tools to build a comprehensive, personalized financial plan for each client. If you would like a more comprehensive list of the services that Kurt offers, click here.

First and foremost, Kurt is an entrepreneur. He owns a part of several other businesses outside of Kechely Wealth Management. Kurt has also done extensive business consulting with clients with regard to buying, selling, and operating efficient small businesses. It’s safe to say that business is his hobby. Kurt is the proud father of two daughters, Rachel & Katherine. He is excited that they both joined his team at Kechely Wealth Management in 2018. As an alum of UNL, Kurt is a true Husker fan in every respect. If there is a home game, you can find him at his tailgate grilling up the best food and serving up the best drinks. Kurt is also an avid outdoorsman and loves fishing, hunting, and conservation. Spending time out on his family farm with his daughters shooting guns, fishing in the pond, or just hanging out by the fire is his favorite. Kurt also enjoys traveling, experiencing new things, and fine wine. He is glad to work in a business that allows him to enjoy the great things in life.

Kurt is a member of several industry associations: